A lovable swordsman from Scotland, vampeir is tall with straight, mahogany hair and a slim figure. thomas finds herself unable to stop picturing vampeir's rock hard abs and respectable , fantasising nightly about submitting to his deepest desires.

One evening, thomas spots vampeir flirting with the selfish escort, chuchu the hedghog. Damn that chuchu with her slim body and ample boobs. thomas tortures herself with thoughts of vampeir working his man-sword into chuchu's chocolate starfish. thomas's desperate ambition to become vampeir's sex slave begins to feel like nothing more than a dumb fantasy. Perhaps she should focus her lust on her thoughtful lil buddy, Dick Parker ...

As thomas lies in bed afterwards, enjoying the strawberry ice cream vampeir has prepared for her, and reminiscing over the evening, she feels that they are finally connecting on the most primal level. (Also, she is less hungry.)

However, as vampeir's desires get darker still, he reveals that he has a very special task in mind for thomas, involving a vibrating rubber duck, which he whips out with a look of pure glee. thomas studies the mischievous yellow fellow with trepidation - how could anybody bring themselves to make love to something with a beak? She looks into vampeir's intense, hazel eyes and shudders.

Will thomas be able to fully submit to vampeir, or is the respectable-ed swordsman going to go too far?

Find out in the next episode, of Dragon Ball Z. 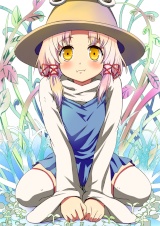