In the Pokemon fandom, every once in a while you stumble upon a ‘Pokeballs are $200′ joke. In reference to how Pokeballs cost 200 of the in-game currency:
[Você precisa estar registrado e conectado para ver esta imagem.]
What a lot of fans, especially more casual ones, don’t seem to realize is that the currency in the Pokemon games it based on the Japanese yen. The symbol for the currency in the games even resembles the yen symbol:
[Você precisa estar registrado e conectado para ver esta imagem.][Você precisa estar registrado e conectado para ver esta imagem.]
In fact, according to Bulbapedia, the ‘Poke dollar’ symbol was specifically created for the English translations of the games, and the original Japanese versions use the yen symbol.
Now, for perspective, although the exact exchange rate naturally varies, a US dollar is equivalent to about 120 Japanese yen. So, 200 yen is about $1.67.
A Pokeball in the Pokemon games actually cost less then two bucks.
There’s a REASON we see so many young kids training Pokemon, especially early in the games. The cost of investing into a Pokeball to try catching their own Pokemon easily falls into the range of a typical kid’s allowance. A Potion for healing after battles is 300 (or about $2.50), but since Pokemon Centers offer their healing services for free, that’s a moot point.
Youngsters in the early game only give within a range from 50-150 of the currency, which is about equivalent to $0.40-$1.25. The first Gym Leader in Hoenn Region, Roxanne, give 1,680 in Omega Ruby/Alpha Sapphire, equivalent to about $14. Which is about right for the equivalent of a middle or high school honors student. A later Gym Leader, Winona, gives 4,200, or about $35. The Champion, Steven, gives 11600, or $96.67.
The winnings from enemy Trainers varies, but Ace Trainers seem to give out about 1500 or $14 on average, give or take. Swimmers (especially common later in ORAS), award a range from 400-800, or $3.33-$6.67.
Vitamins (such as Calcium, Iron, and HP UP), cost 9,800 or $81.67 each. An Ultra Ball cost 1,200, or $10. A Paralyze Heal costs the same as a Pokeball, while an Awakening is half that. A Revive is 1,500, or $12.50.
What’s the point of doing this? Well, for one, to get a better sense of the in-game economics, which can be hard to grasp if one doesn’t realize the in-game ‘Poke dollars’ are based on the Japanese yen. And a look at said economics reveals some interesting details.
First, it shows basic Pokemon training and raising is well within the affordability of a ten-year old, or older. Which makes sense as Pokemon is aimed at younger kids, and the develops would want them to have the sense that going on a Pokemon journey is something they could do if they somehow ended up in the Pokemon world.
On the other hand, it also shows there’s really not that much money to be made in Pokemon raising and traning, unless you battle frequently and regularly against higher-level opponents regularly and and win. Which is…very much in line with how professional sports work in real-life. Pokemon battling gets compared to a sporting event a lot for a reason. The initial 3-D games were even called Pokemon *Stadium.* Parallels are frequently drawn between the Pokemon League tournaments and the Olympics in the anime. The low money output is probably also why we often see Gym Leaders and the like working other jobs.
Just something interesting I decided to look into. I’m a Pokemon fan first, before any other fandom, and always will be. It’s shocking that I haven’t written any meta on it yet.
Hope you enjoyed!
EDIT:  As pointed out by invenblocker:

Excellent catch! Helps explain why the bikes can ride through stuff like snow and sand. They are of excellent make.
And it also helps explain why the bike shop owners are happy to give out their bikes to a prospective Pokemon Trainer for free (whether through a voucher or otherwise). Your average Trainer taking the Gym challenge puts those bikes through the *wringer.* Riding them along mountains, through marshes, and even through snow. But a bike being able to endure that is the kind of thing a professional rider would look for, and desire.
Most Pokemon Trainers will never be able to afford the bikes, but are in one of the best positions to push them to their limits. So giving them out for free is actually a clever marketing move. Imagine a potential buyer seeing a Trainer riding one of those bikes in Lillycove, and said Trainer reveals they rode it from Rustboro (which means they rose it around a mountain, several caves, a few marshes, and possibly other environments I’m not thinking of right now). That’s a hell of an impression to make, and a fast, easy way to sell the buyer on getting the bike themselves, especially if they ride competitively.
Case in point, in Pokemon Gold/Silver and their re-makes, the bike shop even gives you the bike specifically as ‘advertising.’ After you’ve ridden it around long enough, you get a call saying that because of you doing so, their sales have shot through the roof (and happily tell you to keep the bike). And it’s no wonder why.

#pokemon #still not sure how the potion people stay in business considering that a super potion literally has the curative properties of water #clever marketing I guess
Never underestimate the amount of money people are willing to pay for fancy water.
(Source: alisa180) 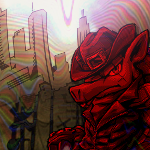 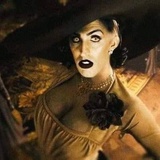